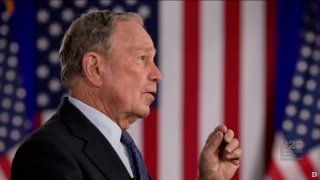 Total spending in the 2020 federal elections is projected to set a new record of almost US$11 billion by November.

When adjusted for inflation, that’s over 50% higher than 2016 election spending. This year’s federal election spending – for the presidency, the Senate and the House of Representatives – is on track to be double what it was in 2008.

The real challenge for American democracy is where this money comes from.

American federal election campaigns are entirely funded by private money; most of it is provided by wealthy individual donors, political action committees and other interested organizations. Wealthy candidates also fund their own campaigns.

The U.S. has a public funding program for presidential elections, established in 1974. For two decades it played an important role in campaigns.

But it provided candidates with limited funds and imposed very low spending limits. As the needs and costs of contemporary campaigns grew, the system collapsed. While still available, no major candidate has taken public funds in the last three presidential elections.

When Joe Biden ran for the Democratic nomination in 1988, and again in 2008, he qualified for and accepted public funds, which accounted for 22% and 14%, respectively, of his campaign funds.

This year, as of Aug. 31, 2020, all of the $531 million funding Joe Biden’s campaign so far came from private funds, according to Open Secrets, a publicly available database that tracks campaign finance data. So did the $476 million funding President Donald Trump’s reelection bid so far.

The one-thousandth of the 1%

The private dollars that fuel U.S. elections come mostly from a tiny fraction of society. Critics of American inequality often talk about “the 1%” – but in campaign finance it is the 0.0001% who matter.

Federal law requires political campaigns, parties, PACs and outside groups to report the identities of donors who give at least $200.

The September campaign finance filings – which cover contributions through the end of August – indicate that just 2.8 million people, or 0.86% of the U.S. population, had contributed $200 or more to this year’s federal elections. Yet collectively, these relatively high spenders had supplied almost 74% of all campaign funds.

That’s almost $5 billion given by a small fraction of Americans. An even smaller number – 44,000 people, or about one-hundredth of 1% of the United States’ 328 million people – have so far given $10,000 or more each to this election, adding up to nearly $2.3 billion. And 2,635 people or couples – less than one-thousandth of the U.S. population – together provided $1.4 billion, roughly one-fifth of total campaign contributions reported as of late summer.

These numbers reflect only publicly reported contributions. The rise of “dark money groups” – which spend to influence election outcomes but do not have to disclose their donors because they claim to be primarily nonelectoral – suggests even more campaign money is provided by a few elite donors.

America’s donor class is not representative of the broader community whose interests are at stake in an election.

Donors are older, whiter and wealthier than America as a whole, my analysis shows, and they hail disproportionately from certain places. So far this year, more money has come from Washington, D.C., than from 20 states combined, and Joe Biden raised 10% of his money from just six zip codes – areas in Washington, D.C., New York City, a New York suburb and a suburb of Indianapolis.

Certain industries, like finance, real estate, communications, law, health care, natural resources, oil and gas, are also particularly big election spenders via both personal and PAC donations related to the industries. There is no formal tracking of these donors.

According to media reports and websites like Open Secrets, recent years have seen a striking increase in the number and importance of small donors. This year, small donors account for about 22% of campaign fundraising, up from 14% in 2016.

That’s a step in a more democratic direction. But big donors are still pivotal to America’s campaign finance system.

Whoever wins in 2020 will be tasked with addressing the pandemic’s devastating economic and public health harms. A host of other enormously consequential issues – from racial justice and immigration to trade, the environment and the courts – also hinge on the election outcome.

Having a small number of very wealthy individuals financing political candidates distorts the political process. This is less a classical quid pro quo – the exchange of campaign dollars for votes – than it is politicians’ reluctance to take positions that are at odds with the interests of their large donors. What gets on – or stays off – the legislative agenda can be driven by donor concerns.

Donor influence tends to be more significant for issues that get little media attention – who gets a specific tax break, for example, or qualifies for coronavirus relief – than for hot-button concerns like reproductive rights. But campaign money inevitably shapes government action and who benefits from it, who is harmed and who is ignored.

As the Supreme Court explained in sustaining the 2002 McCain-Feingold Act’s ban on “soft money” – donations that can affect an election without being expressly focused on the election – “The evidence connects soft money to manipulations of the legislative calendar, leading to Congress’s failure to enact, among other things, generic drug legislation, tort reform and tobacco legislation.”

As the saying goes, he who pays the piper calls the tune.