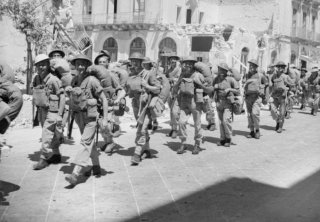 Here's What You Need To Remember: Jefferson remained in the army until 1946, ultimately demobilizing with the rank of lance corporal. He was one of seven recipients of the Victoria Cross, Britain’s highest award for gallantry, for actions involving the PIAT.