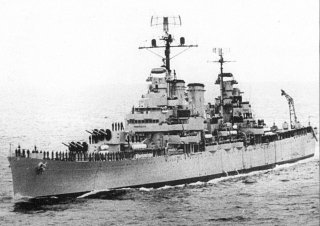 Here's What You Need to Remember: The sinking of the General Belgrano remains controversial, mostly in Argentina and on the British left. The Argentine Navy and the captain of the Belgrano, however, have maintained that the sinking was legal. Focus on the Belgrano’s end, however, has obscured the service that USS Phoenix performed in the Pacific during World War II. She was the last of the survivors of Pearl Harbor to be lost to enemy action, even if the “enemy” turned out to be the Royal Navy.

Robert Farley, a frequent contributor to The National Interest, is a Visiting Professor at the United States Army War College. The views expressed are those of the author and do not necessarily reflect the official policy or position of the Department of the Army, Department of Defense, or the U.S. Government. This piece was originally featured in September 2019 and is being republished due to reader interest.