Open for Business: Is Anyone Buying Russia's Su-57 Stealth Fighter? 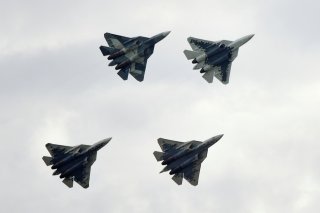 Here’s What You Need to Remember: Developed to combine the functions of an attack plane and a fighter plane, the Su-57 was designed to employ stealth technology with board use of composite materials, while being capable of developing supersonic speed.

The export model of the Russian-built Sukhoi Su-57 Felon will reportedly be on display at Aero India 2021 aviation and aerospace trade show, which is taking place in the Indian city of Bangalore from February 3-5.