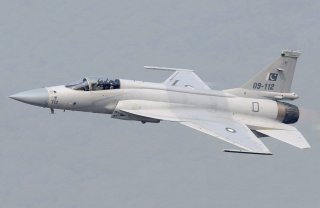 Here's What You Need To Remember: The J-17 is a Chinese plane, with a Russian engine, used extensively by the Pakistani Air Force.

Charlie Gao studied political and computer science at Grinnell College and is a frequent commentator on defense and national-security issues. This article originally appeared earlier this year and is being republished due to reader interest.