Is the Pandemic Causing London's Population to Decline? 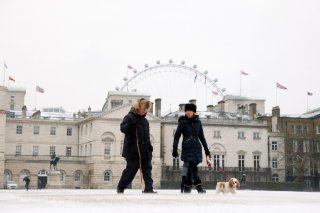 The purpose of a city is to allow people to live and work close together, so social distancing has the potential to threaten cities’ very existence.

Steady population change is normally easy to forecast by projecting forward existing trends, but identifying turning points is much harder. However, we can gain insight by looking at past turning points in London’s population.

The graph shows that from 1850 the population of Greater London grew steadily, before declining between 1951 and 1988. This was then followed by new expansion.

By 1900, inner London was almost completely built up, and improved public transport let people live further from work, so expansion moved outward. The population decline in the city after 1950 was the product of government policy. The green belt limited London’s sprawl, and bombed inner city areas were rebuilt at lower densities. Inner city residents moved to new and expanded towns built beyond the green belt.

This table shows the impact of these policies. Together with colleagues, I used detailed statistics from every census between 1951 and 2011 to estimate the populations of each local government ward, as defined in 2011. We then grouped the wards into rings by their distance from the centre of London, and calculated rates of change for each decade. The ring with fastest growth is shown in green, and the most rapid decline (or slowest growth) in blue.

In all decades from 1951 to 1991, the innermost ring, within five miles of Nelson’s Column, shrank fastest. The band between 15 and 20 miles out roughly corresponds to the green belt, and in the 1950s the next ring out, containing the original new towns, grew fastest. After this, the fastest growth took place far outside any definition of Greater London, but was still based on workers commuting into London or otherwise serving London’s economy.

The second turning point is emphatic: from 1991, the innermost ring went directly from decline to being the fastest growing part of the city. There are a number of reasons for this. Firstly, 1980s dock closures and manufacturing decline freed up large areas for new housing, often apartment complexes clustered around transport links.

More broadly, increased population density in inner London was a result of the rise of the “creative city”. Cultural industries are hard to identify in employment statistics, but London is clearly a dominant world city not just in finance but in sectors such as fashion and video production.

These sectors do not need large or specialised factories, but do need easy interaction between many small firms, and a flexible, often freelance workforce – so they gravitated not to science parks but to old workshops in central districts like Soho and Shoreditch.

The impact of lockdown

The immediate consequences of the pandemic are clear: after a year confined to their homes, city dwellers are looking for more space. Upmarket estate agent Knight Frank has described 2020 as “dominated by the escape to the country trend”. A particularly high proportion of London’s workers normally sit at computer screens, allowing for a rapid shift to home working. If any London residents have second homes in the country – something that does not show up in existing census data – they may have been spending more time there.

These trends are real, and maybe permanent. However, the counter-argument is that once social distancing ends, the gravitational pull of the city will reassert itself. Inner London’s post-1990 resurgence was driven by creative sectors that now appear well suited to home working, so we need to understand what more they need from a location than a computer and a network connection.

London’s gravitational pull is partly lifestyle. A young and educated workforce prefers nightclubs and theatres to large gardens, so long as they are not closed. The ease of international travel from London – before quarantine – is also a draw. But for businesses, too, the higher costs of operating from a city are accompanied by real economic benefits.

Creativity is far harder in isolation: many of us are learning that we can write, compose or even perform from home, but this is not always enjoyable or inspiring. Sustaining creative industries needs cities. In financial services, traders can beat the financial markets only if they know something the other guy does not, so need access to to less formal information circuits – to gossip.

The networks that led to London’s dominance of financial services from the early 1990s promoted a division of labour around the globe, with routine back office work moving from towns like Worthing to locations such as India. However, the dealmakers, and elite workforces in many other globalised sectors, did not disperse – despite inner London’s higher costs.

As long as the pandemic is brought to an end, then, it is unlikely to lead to a turning point in London’s population. While the internet allows for remote working, the past 30 years has shown that the value of working in close proximity with others can outweigh this benefit.