Patriot Tax: Why Congress Is Targeting Wealthy Americans (Like Him) 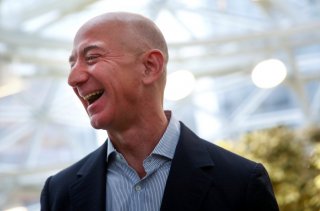 Here's What You Need to Remember: Suozzi told The Hill on Friday that he’s exploring a one-time tax of 2.5 percent on wealthy Americans between $50 million and $100 million and a 5 percent tax on those above $100 million.

Representative Thomas Suozzi (D-NY), a member of the House Ways and Means Committee, is reportedly looking into a “patriot tax” that would impose a one-time tax on wealthy Americans as bipartisan discussions over how to pay for the White House’s legislative agenda ramp up.

Suozzi told The Hill on Friday that he’s exploring a one-time tax of 2.5 percent on wealthy Americans between $50 million and $100 million and a 5 percent tax on those above $100 million. Taxed individuals will be able to pay off the amount over the course of five years.

Suozzi’s office predicted that the measure would rally nearly $450 billion.

He noted that the surcharge would be “a way to help your country to build back better.”

During the interview with the publication, Suozzi also emphasized that many wealthy Americans weren’t financially impacted nearly as hard as low-income individuals and families.

“We all know that people who are wealthy did very well during the pandemic and people that were low-income people did not do well,” he said.

Suozzi hasn’t introduced any formal legislation on the proposed idea, and if he continues to hammer out the “patriot tax,” he’ll likely face opposition from both sides of the aisle.

The Biden administration has not signaled its support for specific proposals on wealth taxes, and Republicans are firmly against boosting taxes to help fund the White House’s agenda.

The New York lawmaker’s idea comes as Republicans and Democrats are negotiating over how to pay for President Joe Biden’s infrastructure bill.

A small bipartisan group of lawmakers is working on an infrastructure overhaul that will be funded through an infrastructure financing authority, repurposing unused Covid-19 relief funds and a provision to make sure electric vehicle drivers pay their fair share of using the country’s roads and bridges, according to Sen. Susan Collins (R-Maine), a lead negotiator in the bipartisan talks.

“Right now, they are literally free riders because they're not paying any gas tax,” Collins told CBS news’ “Face the Nation.”

Collins added that there won’t be any gas hike or reversal of former President Donald Trump’s 2017 tax bill.

Before the bipartisan talks, Senator Shelley Moore Capito (R-W.Va.) served as the lead negotiator over infrastructure for the GOP, but discussions with Biden fell apart after the duo disagreed on how to fund the infrastructure bill.