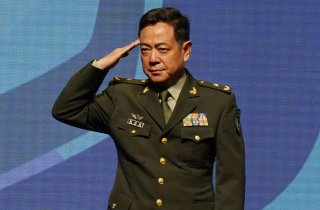 Here’s What You Need to Remember: The Chinese military appears to have developed its own combat-specific Exoskeleton Iron Man suit intended to optimize warrior performance at high altitudes where human energy levels are compromised by atmospheric conditions.

The Global Times, a Chinese government-backed newspaper, announced that Chinese scientists have built a 4-kilogram exoskeleton to save up to 10 percent of the human energy typically expended during walking, climbing or carrying goods and about 80 percent of the energy needed to stand.

Also, not only is the U.S. Army making fast progress toward near-term technologies, such as FORTIS, but the service is also deeply immersed in several scientific research projects intended to engineer a new generation of electrical power-generating exoskeleton technology. One system in particular, which involves experts with the Army Research Laboratory, is working on a breakthrough system able to produce electricity that can power batteries, increasing the longevity of soldier’s missions. The concept, mechanical engineers with the Army’s Communications Electronics Research, Development and Engineering Center told The National Interest earlier in the developmental process, is to design an energy-harvesting system which “can derive energy from the motion of a soldier as they are moving around.”