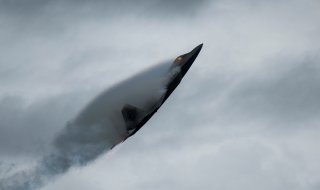 Here's What You Need To Remember: Eyewitnesses, even fighter pilots, are prone to human error. Pilots also know how aircraft operate, and the belief that there is something unusual in the skies is more common in that community than you might assume. Fravor certainly believes what he saw, and many fighter pilots believe him.

Area 51 May Not Have Aliens, But What's There Is Just As shocking