This Picture Could Have Been the Start of World War III 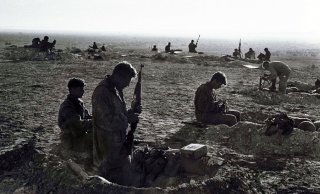 Here's What You Need to Remember: Soviet premier Nikolai Bulganin warned that the Soviet Union was ready to fire nuclear-armed ballistic missiles at Britain, France and Israel unless those nations withdrew.