This Picture Is A Terrorists Worst Nightmare: Delta Force Is Coming for You 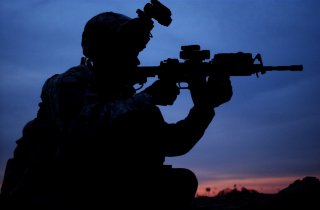 Here's What You Need To Remember: The Army expected its commandos to spend most of their time training and working with friendly forces in foreign countries, rather than launching raids by themselves. Even now, Army special operators devote a lot of time partnering up with American allies.

This article was originally published in 2019.