The Pitfalls of Alberta's Attempt to Privatize Its Health System 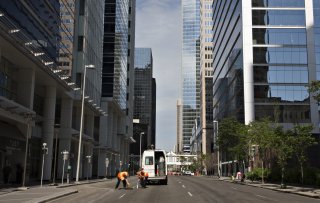 The Alberta government recently passed legislation to increase the role of corporations in the health-care system and facilitate the government’s goal of having 30 per cent of the province’s surgeries performed in private facilities.

These changes risk undermining the public health-care system, increasing costs and decreasing quality. Media reports about a proposed private surgical facility suggest that the government may be putting profits over the public good in implementing the reforms.

The legislative changes allow corporations to make financial arrangements with the government to provide health services, and to contract with physicians to deliver those services.

This is a departure from the current system in which only physicians (either directly or through their professional corporations) could bill the government for providing health services. Unlike physicians, who must place the interests of their patients above their own personal and financial interests, corporations owe financial obligations to their shareholders that may conflict with the interests of patients.

The new legislation also facilitates the private delivery of publicly funded surgeries. Although some services are already delivered privately (most commonly cataract surgery), many more surgeries and a larger variety of procedures will now be performed in private, for-profit, facilities.

For-profit delivery tends to cost more than non-profit delivery, given the need to deliver returns to investors. In a previous experiment with privatization, surgeries cost more in the private facility than in the public system, and Albertan taxpayers bailed out the facility when it ran into financial difficulties. Evidence also suggests that for-profit facilities tend to deliver lower quality care than non-profit facilities.

The government’s stated rationale for increased private delivery is to reduce wait times. This claim runs contrary to evidence that indicates that reallocating finite health professional hours to the private system increases wait times in the public system.

Because private facilities generally prefer healthier patients with less complex medical needs, those with more complex needs will be left waiting longer for care in public hospitals. Recruiting additional staff to address these issues would be difficult, given the government’s strained relationship with physicians.

Perhaps in a bid to minimize opposition to its controversial reforms, the government is also asserting control over key health institutions. For example, the new legislation shrinks the responsibilities of Alberta Health Services (AHS), the entity responsible for contracting with private providers, and allows the government to impose an accountability framework on AHS.

The government recently circulated a proposal that could increase its control over the key functions of institutions that regulate health professionals. Because one of these institutions, the College of Physicians and Surgeons, is responsible for accrediting and setting standards for private surgical facilities, the proposal could be a way of influencing that process.

The government has also increased the number of public members on self-regulatory bodies. Given the government’s influence on the appointment process, this may also be a means of increasing its control over these bodies.

Details have emerged about discussions between Ministry of Health officials and a group of surgeons, developers and lobbyists regarding a proposed $200-million facility that would perform most orthopedic surgeries in the Edmonton region. These discussions illustrate how private delivery can prioritize profits over the public interest.

This facility is likely to benefit from public subsidies. For example, if procedures performed in private facilities result in serious complications, or if patients require readmission to hospital, public hospitals will likely be responsible for treating these patients.

In addition, acquiring land and constructing the facility will require public investment, whether by way of direct funds, tax credits or by allowing the facility to recoup its costs through service contracts negotiated with the government. Furthermore, the investors are reportedly insisting on contractual terms that will make their contract with the government expensive to cancel and binding on future governments, placing financial risks on taxpayers.

There are also transparency problems with the project. Lobbyists had access to high-level government officials, raising concerns that lobbying efforts rather than public interest will influence who receives private contracts, the terms of those contracts and how these facilities will be regulated.

The opposition party has asked the auditor general to investigate, alleging political interference in the procurement process. AHS was excluded from the discussions and will reportedly be pressured to accept the initiative.

Recent reforms embracing the corporatization and privatization of health services undermine the public health-care system and risk prioritizing profits over patients and taxpayers. However, challenges to public health care are not limited to Alberta.

For example, ongoing litigation in British Columbia threatens laws limiting private finance, and Saskatchewan has been engaged in a lengthy dispute with the federal government over private MRIs.

These privatization efforts threaten the basic tenet of the Canadian health-care system: access based on need rather than ability to pay.