Is the PLA Navy Going to "Ram" American Ships? 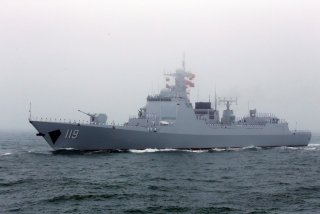 Here's What You Need to Remember: The bad news is that the temperature of US-China naval interactions could well continue to rise. However, some good news, as suggested in the analysis discussed here, is that Chinese naval analysts also seem eager to avoid the military conflict that could result.

The “sail by” of USS Lassen within the 12 nautical mile claim line of the new Chinese facilities on Subi reef in the South China Sea occurred without major incident several years back. Despite some fiery Chinese rhetoric, war has not broken out and that is a profoundly good thing. Actually, nothing much has changed at all, so it seems. The tense stalemate persists as before. China will continue to build up its new “bases” in and among the Spratly islets. The U.S. will continue to patrol regularly and exercise with its alliance partners. Perhaps, as Xi Jinping said not so long ago, the Pacific Ocean really is big enough to accommodate the interests of both China and the U.S.?

Editor’s Note: The following is part of a unique series we call Dragon Eye, which seeks insight and analysis from Chinese writings on world affairs. You can find all previous articles in the series here. This article appeared several years ago and is being reposted due to reader interest.