This Plane Can Help America Win a War Against China 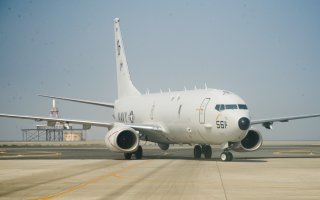 Here's What You Need to Know: MPA can deploy sonobuoys, floating sensors that either detect noises or send out pings to find submarines.