The Plus-Up Paycheck: The IRS Is Still Sending Out Stimulus 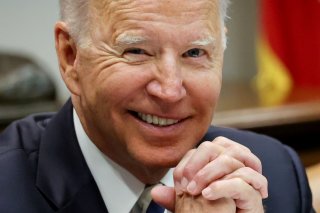 Here's What You Need to Remember: Do be aware that the IRS has disbursed within the last six weeks more than nine hundred thousand so-called “plus-up” or supplemental checks. In all, the agency has made more than nine million of such payments worth nearly $19 billion this year.

The Internal Revenue Service, the Treasury Department, and the Bureau of the Fiscal Service have announced that they have issued another sizeable batch—to the tune of 2.2 million additional $1,400 stimulus checks worth more than $4 billion—to eligible Americans under President Joe Biden’s American Rescue Plan.

Amid the roughly four months of continuous disbursement of these stimulus payments, the newest tranche boosts the total number of checks sent out to date to approximately one hundred seventy-one million—representing a hefty value of about $400 billion.

The latest estimates now suggest that about 90 percent of the $450 billion total earmarked for the third round of stimulus, which were approved in March, already have been sent out to eligible Americans.

Similar to previous recent batches, a large number of checks—about 1.3 million—targeted individuals for whom the IRS previously did not have information to issue the stimulus payments but who recently filed a tax return.

“Filing a 2020 tax return will also assist the IRS in determining whether someone is eligible for an advance payment of the 2021 Child Tax Credit,” it continued.

The IRS has suggested that non-filers apply for an extension and file by the October 15 deadline.

Do be aware that the IRS has disbursed within the last six weeks more than nine hundred thousand so-called “plus-up” or supplemental checks. In all, the agency has made more than nine million of such payments worth nearly $19 billion this year.

These top-off funds are for taxpayers “who earlier in March received payments based on their 2019 tax returns but are eligible for a new or larger payment based on their recently processed 2020 tax returns,” the IRS noted, adding that these payments will continue to go out on a weekly basis.

“These ‘plus-up’ payments could include a situation where a person’s income dropped in 2020 compared to 2019, or a person had a new child or dependent on their 2020 tax return, and other situations,” it added.

The IRS also has continued to remind individuals to check their eligibility for the stimulus checks, as the income levels for this third round have changed. Those who earn as much as $75,000 in adjusted gross income, or couples making $150,000, qualify for the full $1,400, but an individual with an income of $80,000, or a couple with $160,000, will receive nothing.