Polish Tanks: Europe's Shield Against a Russian Attack? You Decide. 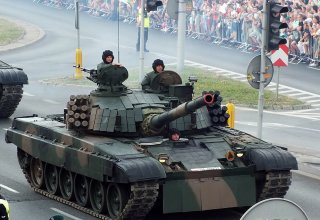 Here's What You Need to Know: The only tank in the Polish fleet that could hope to fight Russia’s best is the Leopard 2A5.