Political Institutions Can Uphold Democracy, Even When People Disagree on Politics 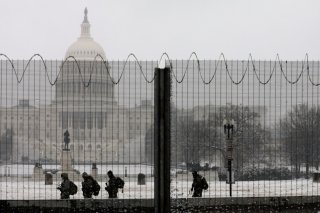 Americans’ trust in the federal government has declined steadily in the last half-century, polls show.

The 2020 presidential election did little to restore that confidence.

Although “democracy has prevailed,” as President Joe Biden said during his inauguration, a recent Marist College poll showed that one-third of the country believes the presidential election was “not legitimate,” including 75% of Republicans and 33% of independents.

Moreover, the U.S. Capitol insurrection by pro-Trump rioters highlights a disaffection with the federal government that threatens the nation’s constitutional government.

It’s tempting to blame Donald Trump and his allies for this crisis.

When it served their interests, they repeatedly manipulated or ignored the institutions and standard practices of American politics.

That includes filling senior executive roles with interim appointees, such as Chad Wolf in the Department of Homeland Security, to evade the Senate’s “advice and consent” on who should fill high-level roles; issuing executive orders, like the travel ban from majority Muslim countries, without following lawful procedures; and refusing to keep official records of conversations with foreign leaders.

But Trump’s political appeal was fertilized by a preexisting distrust in the nation’s governmental institutions and the political establishment that operates them.

As political scientists who study the courts and Congress, we think reversing Americans’ alienation from the political system requires a deeper understanding of some first principles.

What leads people to be loyal to political institutions even when they don’t get what they want from them?

Americans generally accept outcomes of just institutions, even if these results don’t always match their preferences.

People, for example, might think taxes are too high or speed limits are too low. But if the procedures used to set these laws are fair, studies show that people tend to accept those policies.

When institutions are unfair, the system breaks down.

Citizens who are unfairly denied the right to vote, for example, or who are abused by police, might take to the streets in protest. People led to believe an election was decided by fraud might reject its conclusions and attack officials for certifying its results.

A fair amount of the declining trust in government rests with political elites who avoid rules or change them when they are inconvenient for their side.

The partisan battle over the appointment of federal judges during the last three presidential administrations is a case in point.

When Senate Democrats obstructed some of George W. Bush’s judicial nominees, Republicans threatened to end the filibuster – the congressional procedure that attempts to block or delay Senate action on a bill or a nomination by debating it at length.

Senate Democrats followed through on that threat – they got rid of the filibuster for all presidential nominees other than to the Supreme Court – when Republicans blocked Barack Obama’s judicial nominees.

Republicans escalated the conflict over judicial appointments even more when they refused to hold a confirmation vote for Merrick Garland, Obama’s pick to fill the election year Supreme Court vacancy created by Antonin Scalia’s death.

And they later confirmed President Trump’s nominee to fill the Supreme Court seat left open by Justice Ruth Bader Ginsburg’s death within days of the 2020 election, another norm-breaking move.

Americans can reasonably mistrust institutions and rules that are frequently altered for political convenience. It’s only a small step further to believe the entire constitutional system is without value.

Repairing this damage involves rebuilding the impartial cooperation that holds political institutions together.

In a healthy political system, rules are consistent and consistently applied. And political leaders defend the nation’s political institutions in both victory and defeat.

Politicians committed to repairing American democracy are attuned to attacks on political institutions from within their own parties. This promotes trust and confidence in government.

In Congress, here’s what this would look like: Calls to end the filibuster would be resisted. Colleagues who use the filibuster to stall executive and judicial appointments are rebuked.

Even after the Capitol attack, a majority of House Republicans and more than a handful of Senate Republicans continued to back Trump’s false claims of a fraudulent election.

Those stark numbers suggest there is a constituency for leaders who evade or undermine the nation’s governing rules and institutions for their own political purposes.

The situation is not hopeless, though.

By breaking with Trump and his congressional supporters, these Republicans took a first step toward rebuilding the legitimacy of America’s core political institutions.

Democrats could likewise take a step toward them by rebuilding the rules and institutions that Trump disparaged instead of damaging them to suit their political desires.

These moves can start a shared process of recommitment to the institutions that once made the American political system the envy of the world.