The Post-Brexit Trade Deal Has Some Notable Gaps 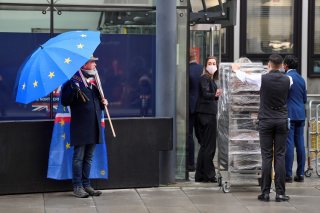 Plenty of political spin has already been applied to the post-Brexit UK-EU trade and cooperation agreement. This not only glosses over much of the detail, but it can also be decidedly misleading. For example, Boris Johnson, the UK prime minister, has claimed that “there will be no non-tariff barriers to trade”. This is not the case.

A “job done, let’s move on” attitude generally ignores the practical implications of what has been agreed. That said, both the EU and the UK government have published some useful explainers.

The deal, negotiated at remarkable speed, delivers zero-tariff, zero-quota goods trade between the UK and the EU. It also covers matters such as data, energy, transport, movement of people, law and justice, fisheries and UK access to EU programmes.

Much will change when when the UK’s withdrawal from the EU fully takes effect on January 1 2021. It will leave the customs union and various cooperation programmes and the free movement of goods, services, capital and people will stop. What the trade and cooperation agreement does is establish a relationship in which some of the resulting disruption to trade and the movement of people between the UK and the EU is mitigated by new terms of engagement.

The Brexit negotiators have achieved something very significant in agreeing zero-tariff, zero-quota trade for all goods. This is unprecedented given that it includes agricultural products. However, it cannot hide the fact that the UK will no longer be part of either the EU customs territory or, more importantly, its internal market. New customs formalities and regulatory checks, for example, will need to be completed for the movement of goods between much of the UK and the EU. The exception is Northern Ireland, which remains, in effect, part of the EU customs territory and its internal market for goods.

The movement of capital, services and people between the UK and the EU will no longer be as free as it has been for much of the past 30 years. The deal contains commitments on market access for services but there will be multiple exceptions to what can be traded and how – and so restrictions. On the movement of people, holiday travel and certain short-term business trips between the UK and the EU will be visa-free, but, again, in many instances there will be new restrictions.

The UK and the EU have agreed that there will be various areas of continued cooperation, but not in all areas and certainly not to the same extent as when the UK was an EU member state. Indeed, although the UK will continue to participate in the EU’s Horizon research programme and access its satellite surveillance and tracking services, it will no longer be involved, for example, in the Erasmus programme, which supports students and academics in exchange programmes with institutions across the EU. The UK is launching its own “Turing” programme but there are concerns that it is underestimating the challenges in getting an alternative to Erasmus participation up an running for September 2021. Students in Northern Ireland look set to get access to Erasmus via support from the Irish government.

There will be cooperation on policing and judicial matters, for example through UK engagement with Europol and Eurojust, but nothing has been agreed on foreign, security and defence policy cooperation, despite both sides flagging this as needing agreement in a political declaration accompanying the withdrawal agreement.

As the European Commission stated, the deal “sets a solid basis for a mutually beneficial and balanced partnership”. What has been agreed is essentially only a framework for a new period in relations. The actual relationship will be determined through ongoing dialogue and negotiation, further decisions and agreements, tensions and probably disputes. What’s more, after five years there may be a review and a “rebalancing” of the rights and obligations contained in the agreement.

The deal contains no changes for the arrangements already made on how to manage the Irish border after Brexit. There are though a few additional lines on road haulage on the island of Ireland and specific provisions for cross-border road passenger journeys.

As planned, therefore, Northern Ireland will be treated differently from the rest of the UK to avoid a physical hardening of the border on the island of Ireland – although some is inevitable. Wider UK-EU arrangements for services, fish, and police and judicial cooperation will help but, when the transition period ends, the disruption will be significant for many existing arrangements beyond essentially the free movement of goods.

A key reason for this special treatment is that, without it, the arrangements agreed by both sides simply would not be possible without a hardening of the border. This is a reflection of how thin the agreement is and points to the fact that even with the zero-tariff, zero-quota trade, the new UK-EU relationship is one that will involve new barriers to trade. The days of the free movement of goods, services, capital and people between the UK and the EU are in the past.