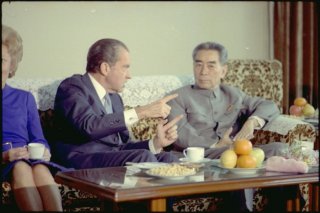 Here's What You Need to Remember: All told, U.S.-Chinese rapprochement was not inevitable, but strong forces on both sides benefitted from it. Perhaps only Nixon could go to China in 1972, but the long run re-emergence of the People’s Republic onto the international stage was hard to stop.