To Prevent Chinese Dominance in the Indo-Pacific, the U.S. Must Defend Taiwan 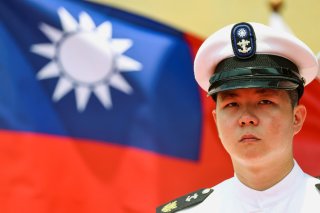 There are growing signs that a military crisis could erupt across the Taiwan Strait this year as China flexes its military muscle to strongarm Taipei into accepting unification.

ASPI’s Peter Jennings notes that Beijing is also seeking to test the mettle of the new US administration.

It’s vital that the United States stand firm against any Chinese provocation. A failure to defend Taiwan would be an abdication of US international leadership. It would seriously damage America’s credibility in the Indo-Pacific and would invite China and others to become ever more aggressive. Thankfully, all indications suggest that President Joe Biden is set to continue strengthening Washington’s relationship with Taipei.

Jennings argues that it’s equally important for Australia to stand with the US in any Taiwan Strait crisis. If China decides that military adventurism, timed to exploit the ongoing Covid-19 pandemic and political turmoil in the US, is a way to further its goal of ending America’s strategic primacy in the Indo-Pacific, the worst thing Australia could do is look the other way.

Principles matter. As Australia enjoys all the benefits of a free and open society in a stable and functioning democracy, our principles and values must extend to supporting the survival of Taiwan as a vibrant democracy of 24 million people with a successful market economy. The examples of Hong Kong and Xinjiang suggest a dark future for the Taiwanese people if China decides to force unification with the mainland.

Taipei’s success provides a powerful alternative to Beijing’s promotion of authoritarianism with Chinese characteristics as a model for development. Ideological competition is intensifying as Xi Jinping pushes for a Chinese-led ‘community of common destiny’ as a basis for the future global order. It’s just as vital for Western democracies to win this new ideological battle as it was for us to resist Soviet communism during the Cold War. To turn away from a fellow democracy under threat from an aggressive authoritarian neighbour would make a mockery of the values we advocate and lower our credibility in the eyes of many developing countries.

China has a geostrategic agenda that goes beyond forcing unification on the Taiwanese people. Taiwan is a means to a Beijing-dominated regional order that would dramatically worsen our strategic outlook.

A Chinese-controlled Taiwan would ease the challenges for Beijing in projecting naval power across the Indo-Pacific and weaken the ability of the US to maintain a forward presence in the western Pacific. From ports and air bases in Taiwan, the People’s Liberation Army could support the extension of its maritime militia and coast guard northwards through the Ryukyu Islands and against the Senkaku Islands. That would make it more difficult for Japan to protect its southern islands and give Beijing added coercive leverage against Tokyo in a crisis, including by interfering with Japan’s maritime commerce.

From Taiwan, the PLA could also pivot south, effectively enveloping the Philippines and giving Beijing easier access to the resource-rich Benham Rise. China has already sent oceanographic vessels there and challenged Manila’s sovereignty over those waters. Chinese control of Taiwan would also strengthen Beijing’s ability to control the South China Sea by blocking the Luzon Strait and the Balintang and Babuyan channels, cutting off the traditional access paths used by US naval vessels.

Control of Taiwan would make it easier for the PLA to reach Guam using long-range missiles and airpower, extending its anti-access capabilities beyond the first island chain. It would also enable the PLA to operate Type 096 ballistic-missile submarines further out into the middle sea between the first and second island chains, bringing more of the US within reach of JL-3 nuclear-armed submarine-launched ballistic missiles.

Taiwanese strategic analyst Eli Huang argued in 2017 that China had big plans for regional dominance extending well beyond the Taiwan Strait. Its development of large aircraft carriers and advanced aviation vessels for amphibious operations reinforces a power-projection capability that is increasing. Access to forward bases, whether through direct military conquest, such as the seizure of Taiwan and the militarisation of the South China Sea, or by exploiting its Belt and Road Initiative to gain access to commercial ports that could support Chinese naval vessels, would further extend that reach.

If China were to provoke a crisis over Taiwan, whether this year or in a future year, some would no doubt argue that it’s not Australia’s business and that supporting a US response would increase the risk of devastating Chinese military, political and economic retaliation against us. To accept that argument as policy would mark the end of our strategic alliance with the US, leaving us more exposed to Chinese coercive pressure and political warfare, or even a direct military threat.

Australia cannot be defended without the alliance with the United States. It’s as simple as that. If you know the math. If you know the capability. And if you know what we can actually spend—and I’d still say that at 2.3% of GDP—to contemplate a situation without them, you can forget it.

The loss of the US alliance would be catastrophic for our security, and a hegemonic China with grand imperial ambitions would force us to confront an ugly strategic choice. Acting alone, we’d need  significant boosts to our defence spending to achieve a degree of self-sufficiency beyond the traditional levels of ‘self-reliance’ that past defence white papers have alluded to. That could include developing military capabilities normally not considered for our defence force to deter a nuclear-armed adversary. We may well see an intensification of the political and economic pressure Beijing applied to Australia for much of 2020.

A military crisis across the Taiwan Strait would be a serious test of our national resolve, the strength of our most vital strategic relationship and our commitment to the values we stand for. The outcome of such a crisis would shape the strategic environment of the Indo-Pacific region for decades.