Price vs. Reliability: Can The Taurus G3 Pistol Compete With The Glock 19? 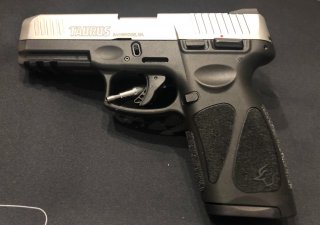 Here's What You Need To Remember: The G3 is a little longer, a little taller, a little heavier, and a little wider than its competitors. The G3 is designed to take on the Glock 19, but its main advantage is in pricing. The G3 costs less than half the price of the Austrian pistol, and if history is any guide is likely less reliable. That having been said, with a street price of $250 it’s an option for those looking for a handgun and on a budget.

Kyle Mizokami is a defense and national-security writer based in San Francisco who has appeared in the Diplomat, Foreign Policy, War is Boring and the Daily Beast. In 2009 he cofounded the defense and security blog Japan Security Watch. You can follow him on Twitter: @KyleMizokami. This article first appeared in 2019.