Progressive Democrats are Pushing for a Fourth Stimulus Payment 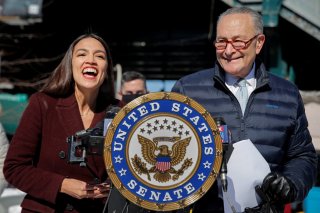 Here's What You Need to Remember: While the stimulus checks have clearly helped people to meet basic needs, most have already spent the most recent one, and some are once again in need of financial help. This has fueled support for a fourth, or even recurring, stimulus checks.

As of Tuesday, May 11th, the Internal Revenue Service is two full months into the third round of direct stimulus aid for Americans. The agency has issued more than 165 million payments so far, with another million checks scheduled to arrive this week.

So far, $3200 has been paid out in federal stimulus: $1200 in March 2020, $600 in December 2020, and $1400 in March 2021. Although some economists and commentators – particularly fiscal conservatives – have questioned the effectiveness of these payments at stimulating the economy, polls suggest that they are widely popular with Americans, many of whom credit the payments for saving their livelihoods during the pandemic.

For this reason, some lawmakers have pushed for another round of stimulus checks. A smaller group has gone a step further, advocating for recurring payments for the duration of the crisis. While President Biden has not espoused this idea – in his recent joint address to Congress, he pointedly did not mention future payments – many members of his party, particularly on its progressive wing, have.

The case for further payments is clear. In spite of the financial assistance the stimulus has provided, America’s economy has not recovered; unemployment remains high, particularly in blue-collar sectors, and four in ten Americans self-report that their incomes are lower now than they were in January 2020. In a February 2020 poll, the Kaiser Family Foundation found that one in three Americans had experienced food insecurity during the pandemic.

While the stimulus checks have clearly helped people to meet basic needs, most have already spent the most recent one, and some are once again in need of financial help. This has fueled support for a fourth, or even recurring, stimulus checks. A Change.org petition advocating for monthly $2000 stimulus checks has gained 2 million signatures, more than 1% of the American electorate.

Either out of conviction or political expediency, some lawmakers have followed; twenty-one Democratic senators signed a statement on March 30 supporting a monthly payment for the duration of the pandemic. In a similar vein, many House Democrats – including all members of the progressive “Squad” – signed a letter advocating for $2000 per month.

In one state, at least, there is some hope for another stimulus. In California, embattled Governor Gavin Newsom has proposed a state-wide $600 payment to households making below $75,000 per year – a measure that is projected to benefit 11 million Californians, at a cost of roughly $8 billion.

Trevor Filseth is a news reporter and writer for the National Interest. This article first appeared earlier last week.