Proliferation on Wheels: The U.S. Army's 1950s Plan for a Nuclear Tank 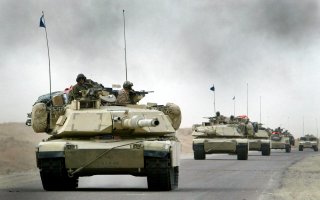 Here's What You Need To Remember: The Army eventually rejected the idea by 1956, though it did promise that the "novel features" of the TV-8 would be used in future tanks.