Public Transportation Inequalities Are About Class Not Race 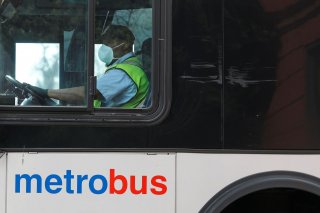 The transit industry has developed two systems: one for “choice” riders and one for “dependent” riders, “that is to say white and Black,” says urban planner Christof Spieler. A former member of the Harris County (Houston) Metro board of directors, Spieler points out one place where Metro offers riders a choice between bus‐​rapid transit and a local bus. The BRT is three times faster than the local bus, has plusher seats, and costs $3.25 a ride compared with $1.25 for the local bus.

Spieler makes many good points and I am glad that an urban planner is finally taking this issue seriously. Unfortunately, his inevitable solution — that we should spend more money on transit — is wrong.

Spieler never mentions the Los Angeles Bus Riders’ Union case, in which the NAACP represented minorities whose bus service had declined so that Los Angeles Metro could pay for new rail transit lines to middle‐​class neighborhoods, but maybe he was unfamiliar with that case. As documented here, LA Metro was ordered by the court to restore bus service for ten years, which it did. Bus ridership recovered, but as soon as the ten years was up, it cut bus service and went back to building rail transit.

The reason, it seems, is not that transit agencies are racist, but that most big‐​city transit planners design transit systems that they themselves would use, not systems needed by people who are too poor to have cars. Since bus‐​rapid transit and rail transit cost more than local buses, their fares should be higher, and such higher fares are no more inequitable than filet mignon costing more than hamburger.

The problem for transit agencies is that the fabled transit‐​dependent people have nearly disappeared. Since 1970, about when most public transit agencies were getting started, the share of households that have no cars has fallen by 50 percent — and most workers who don’t have cars don’t take transit to work anyway. In 2018, just 5.2 percent of people whose incomes were less than $25,000 took transit to work; most of them instead drove to work just like people in every other income class.

Having lost that market, transit agencies are desperate to justify their existence, so they aim for higher‐​income markets by building rail transit, bus‐​rapid transit, and various commuter transit systems. The result is the fastest‐​growing market for transit is people whose incomes are greater than $75,000 a year. Since it costs taxpayers more to carry these people than to carry low‐​income people in ordinary buses, this policy can’t be justified — especially since most of the taxes used to pay for transit are regressive.

Instead of lamenting the low‐​income people aren’t being catered to with fast transit vehicles and plush seats, Spieler should be pleased that the vast majority of low‐​income people have escaped their dependence on an inferior transportation system. On the basis of time, convenience, and cost, transit isn’t competitive with the automobile anywhere outside of Manhattan.

Instead of demanding more subsidies for transit aimed at making it “equitable” — an impossibility so long as most people have access to cars — Spieler should oppose regressive transit taxes and work with groups like On the Road Lending, a Dallas non‐​profit that is helping low‐​income people buy cars without having to pay exorbitant interest rates.

The great thing about highways is they are truly equitable. Yes, a Bentley may be a little more comfortable than a Nissan Versa, but both have equal access to the nation’s 4 million miles of highways, roads, and streets. That kind of access and equitability can’t be matched by transit in any way, so social justice warriors should give up on transit and focus on automobiles.