Q&A: Because of Anti-Vaxxers, Things Won't Be Back to Normal For a Long Time 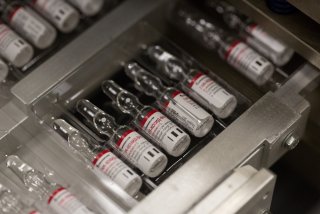 How Many People Plan to Take a COVID-19 Vaccine?

Our understanding is that the number of Americans who plan to refuse a vaccine for COVID-19, when it becomes available, is quite pervasive. Somewhere between 1 in 5 to 1 in 3 Americans plan to refuse a vaccine depending on the survey and how you ask the questions. Research that my colleagues and I conducted and wrote about in The Conversation a couple of months ago suggests that the number is close to 1 in 4. And I think that’s a reasonable estimate.

Estimates of refusal have remained relatively steady throughout the pandemic.

Are These Estimates a Cause for Concern?

It is potentially very problematic. Recent epidemiological research suggests that we need somewhere between 40% and 80% of Americans to be inoculated against this disease - whether that’s by getting the disease and recovering from it and developing antibodies that are stable and lasting, or getting the vaccine in order to slow the disease’s spread.

So if we’re talking about 1 in 3 Americans potentially refusing this vaccine right off the bat, and the possibility that the vaccine itself isn’t going to be 100% effective, we’re talking about a potentially very precarious situation – where we don’t hit the number of people we need to have developed antibodies to this disease in order to begin to put the disease’s spread into decline. That means a longer timetable to return to normalcy. And it also potentially raises the specter of seasonality of the disease, where it persists long enough that new strands develop. That can then become something that we have to deal with on a yearly basis.

Would the Cost of a COVID-19 Vaccine Matter?

Many of the poll questions expressly mentioned to people that the vaccine will be offered at no cost, but we’re still seeing high levels of refusal.

Some preliminary research though from my colleagues and me – and it hasn’t been peer reviewed yet – suggests that there are many Americans who are nevertheless worried about the cost. And so I think that when a vaccine is deemed safe and effective, and is available for mass consumption, it’s going to be very important for the CDC and other actors to make it very clear to Americans that this vaccine will be easy to get and that it will be free. Otherwise, I think you could see potentially even higher levels of noncompliance.

What Other Concerns Do You Have?

We really need to pay close attention to those dynamics because the best examples we have – for example, seasonal influenza – suggests that only between 3 and 4 out of 10 Americans get the flu shot every year. We’re going to be asking Americans to voluntarily get a vaccine, potentially in more than one dose and in a way that we’ve never really asked them for before. And so I think it’s really important that we try to understand how many Americans plan to refuse a vaccine and what their reasons are for doing so. That’s going to play a key role in informing the types of communication campaigns that might ultimately prove effective in getting people to choose to get vaccinated.

What Would Be an Effective Communication Strategy?

We know that telling people “you’re wrong, and here’s why” doesn’t work. This approach assumes that people refuse vaccination because they don’t understand the science. That’s not necessarily the case.

As my colleagues and I have shown in research we published before the pandemic, vaccine refusal in the U.S. is often quite personal. It touches on people’s deeply held moral and religious beliefs. It can sometimes be related to people’s political preferences as well, or even psychological aversion to vaccines and needles.

There are a couple of different things that I think could be effective at promoting vaccine uptake. Although there is some amount of politically influenced mistrust of scientific experts and medical experts, particularly on the ideological right, by and large Americans trust medical experts. So having messages about vaccine safety, reinforcing vaccine safety and talking about the benefits of vaccination both to yourself and to others could potentially be quite effective.