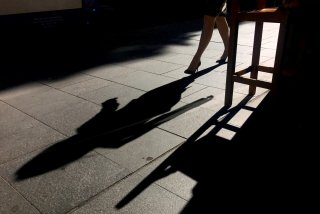 After much lobbying by survivors of sexual assault for comprehensive changes to the law, the recommendations are a huge disappointment.

The QLRC review was prompted by concerns about the mistake of fact excuse in rape cases — what some have called a “loophole” that allows rapists to walk free.

The state attorney-general, Yvette D’Ath, asked the QLRC to examine the mistake of fact excuse last July, along with the state’s consent laws generally.

This followed a high-profile campaign led by Women’s Legal Service Queensland, author and activist Bri Lee and myself.

The Queensland Law Society and the Queensland Bar Association both strenuously opposed any reforms to the existing laws on consent and mistake of fact, claiming there was insufficient evidence of the need for changes. The QLRC’s report effectively endorses this position, while giving the superficial appearance of progressive change.

None of the five recommendations significantly changes the existing law. The proposals do nothing to strengthen the law on sexual consent, nor do they address the problems that prompted the review in the first place.

The Definition of Consent

Rape in Queensland is defined as sexual intercourse without free and voluntary consent. The QLRC’s report recommends three amendments to the definition of consent in the criminal code.

The first change would state that a person is not assumed to have consented to a sexual act just because they don’t actively say no. This is an important principle. However, as the QLRC acknowledges, it is already well established in case law.

Importantly, this proposal leaves open the possibility that passivity can still amount to consent in some circumstances. The QLRC quotes a recent judgement by the Queensland Court of Appeal president, which says “in some circumstances” consent may be expressed “by remaining silent and doing nothing”.

The third reform would amend the law to state there is no consent in situations where a sexual act continues after consent is actively withdrawn. This principle, too, is already part of case law.

This reform is potentially problematic because it seems to put the onus on people who are subjected to unwanted sexual acts to withdraw their consent. This may not be realistic when a previously consensual sexual encounter turns violent or the nature of the activity suddenly changes.

Mistake of Fact and Consent

The QLRC’s fourth and fifth reforms address the mistake of fact excuse.

The fourth reform would allow juries to consider anything a defendant said or did to determine if the other person wanted to have sex in deciding whether the defendant made an honest and reasonable mistake.

This amendment, too, does not change the existing law. Notably, the proposal falls short of requiring defendants show the positive steps they took to ascertain consent — as is the case in Tasmania.

In practice, this means defendants could point to anything they said or did to determine consent, no matter how inadequate, to bolster their mistake of fact argument. On the other hand, a defendant who did nothing to ascertain consent may still be able to use the excuse.

The QLRC’s fifth recommendation clarifies that a defendant cannot rely on their drunkenness to argue a mistake about consent was reasonable. This principle, like the others, is already part of case law.

The defendant’s drunkenness can therefore lower the bar for the mistake of fact excuse. The QLRC’s proposal does nothing to change this.

The QLRC’s report completely ignores the most serious problems with the current law. The mistake of fact excuse can potentially be used even if a person is asleep or heavily intoxicated when a defendant has sex with them. The report says nothing about this.

There is also no mention of the role of the freezing response in mistake of fact cases, where rape victims “freeze” and are unable to vigorously fight off their attackers.

The QLRC’s own research found the mistake of fact excuse was raised more often in cases where a victim gives evidence of freezing during an attack or trying to placate an attacker. This potentially allows the defendant to use the victim’s lack of resistance to avoid conviction.

The QLRC report also ignores the role of rape myths in the mistake of fact excuse. Rape myths are false beliefs about sexual violence, like the idea that flirting with someone, kissing them or going to their house means you are “asking for sex”. All these factors have been found to potentially support a defendant’s mistaken belief in consent.

The QLRC report relies heavily on research from the UK to dismiss the idea that jurors are influenced by rape myths. This research, as the QLRC admits, “has not yet been published or peer reviewed”.

Bri Lee and I have proposed in peer-reviewed research that the mistake of fact excuse be limited so it can’t be used when a defendant is reckless or does nothing to find out if the other person is consenting.

Our proposal would also remove the excuse in cases where a victim is asleep, unconscious or heavily intoxicated, as well as preventing a defendant’s drunkenness from counting in their favour.

This proposal was unanimously endorsed by 39 sexual violence survivors and their supporters at a consultation session held by the QLRC in February.

The QLRC report mentions the session in passing, but does not discuss the views expressed at the meeting. The legal profession’s preference for the status quo seems to have prevailed over survivors’ calls for reform.