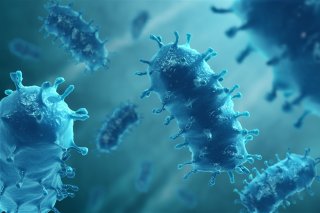 Viruses are an inescapable part of life, especially in a global viral pandemic. Yet ask a roomful of scientists if viruses are alive and you’ll get a very mixed response.

The truth is, we don’t fully understand viruses, and we’re still trying to understand life. Some properties of living things are absent from viruses, such as cellular structure, metabolism (the chemical reactions that take place in cells) and homeostasis (keeping a stable internal environment).

This sets viruses apart from life as we currently define it. But there are also properties that viruses share with life. They evolve, for instance, and by infecting a host cell they multiply using the same cellular machinery.

Many viruses can cut the DNA of infected cells and intertwine their own genetic material so that they are copied along with the DNA of their host whenever the cell divides. This process is called lysogeny and it can be contrasted with the more destructive lytic strategy of viruses where they multiply in great numbers within a cell, only to burst the cell open and spread out to infect other cells.

There is an undeniable genetic and physiological connection between viruses and the organisms they infect. The discovery of giant viruses further blurs the distinction. These viruses can have as many genes as bacteria, some of which code for functions previously thought to be unique to cellular organisms.

Does this new information lead to confusion or clarity? Can we ever answer the elusive question of whether viruses are alive, instead of just a non-living part of the living world? If we approach this puzzle correctly, we may find that we are focusing on the wrong question. Is “life” a box-like category that we can place things in as we discover them, or is it something far more mysterious?

Let us distance ourselves from the details and indulge in a thought experiment. There are hundreds of billions of stars spread out across the universe, clustered into galaxies, many guiding the orbits of planets around them. Some planets, in turn, are acting as gravitational centres for orbiting moons. We know this much.

Now, imagine that lifeforms are scattered across these moons and planets, uncommon in any one galaxy perhaps, but numerous over the vast expanse of the universe. A team of intergalactic scientists has been working diligently for centuries, characterising the different forms of life and their unique properties and, more importantly, what they share. They might all use a certain type of molecule, for instance, or share a definitive process like Darwinian evolution.

Why would a shared characteristic of life be so important? Because it suggests that life is not a chance happening but an emergent property of the universe. The team of alien scientists might conclude that life is less of an accident and more of a universal principle.

This all feels reassuring but is not necessarily true. Carol Cleland, professor of philosophy and author of several books on the nature and origin of life, speculates that life might not be a “natural kind”. This means that life is defined by people instead of by nature.

It is like grouping bats with birds due to their shared ability to fly, instead of with mammals. This categorisation gives flight a priority over evolutionary history, even though it is evolution that reflects the most natural relationships among lifeforms on our planet.

Cleland ultimately doubts that life is just a manmade concept. She might well be right. This is what makes the alternative so intriguing. What if there is life on a distant planet so unimaginably unlike our own that we would not recognise it if we found it? Could we even call it “life”?

Back down on Earth

We are not so advanced as our hypothetical intergalactic explorers. We have yet to find life on another planet, despite our missions to Mars and recent speculation about Saturn’s icy moon, Enceladus, and Jupiter’s Europa.

These moons are thought to have active hydrothermal vents that spew out geothermally heated water, much like those at the bottom of Earth’s oceans. One hypothesis on the origin of life on our planet is that it began close to these energetic, chemically rich fissures in the ocean floor.

Our scientists have a sample size of one. All life on Earth arose from a common ancestor in the deep geological past. This was long before we had oxygen, or even continents. We do not know what this ancestor looked like in any detail, but it is hypothesised to be a primitive cell containing the basic machinery for copying genetic material and expressing proteins.

Did viruses predate this common ancestor? Or did they somehow originate from early evolving lifeforms? Events so ancient are always tortured with uncertainty, but speculation involves numerous intriguing scenarios, all of which may be false.

The tree of life, a model of the evolutionary history of life on Earth, might find viruses among its branches after all. The caveat is to keep an open mind. Models themselves evolve with our increased understanding of reality. And who knows what the future of biology will reveal?

Are viruses alive? Perhaps this isn’t the question we should be asking. Viruses are evolving entities that are intimately related to cellular life. But we do not understand life.

Whenever we get too confident with our opinions and our definitions, we should wonder at that hypothetical planet holding lifelike entities in a remote galaxy, the existence of which could change everything we know.

Someday, we may be lucky enough to find it.