Ready for Anything: How Prepared is U.S. Military for a Fight? 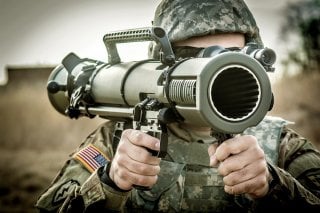 Here's What You Need to Remember: “The cornerstone of America’s defense is deterrence, ensuring that our adversaries understand the folly of outright conflict. “Only when our arms are sufficient beyond doubt,” said President John F. Kennedy in 1961, “can we be certain beyond doubt that they will never be employed.”