Real Life Star Wars: New Simulation Shows What a War in Space Could Look Like 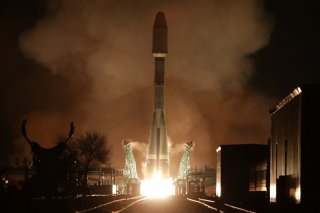 Here's What You Need to Remember: The heavens are weaponizing and every great power needs to practice in case a conflict erupts.

COLORADO SPRINGS, Colo. – “Space is a hostile place,” says former B-52 bomber pilot and current Lockheed Martin employee Kurt Nelson. By this, he means that the cosmos is just naturally so, what with its radiation, its frigidity, its vacuum, its void -- even in computer simulations. Vice reports. Continue reading original article

19 Sept. 2019 -- It’s rough out there for a satellite and other spacecraft, the variety of aerospace object Nelson currently deals with. But if you add to space’s natural hostility that what Nelson calls “intentional threats”—weapons and cyberattacks that target stuff in orbit—it feels even more dangerous.

This is a big reason why Lockheed Martin has created a new facility in Colorado Springs, Colo., where space experts will be able to run simulations and wargames using on 360-degree screens, test novel space software, and deal with virtual-reality versions of spacecraft.

It’s called “Pulsar Guardian,” although no one is guarding any pulsars, which are just weird dead stars and, as such, are not in need of much protection.

This article by John Keller originally appeared on Military & Aerospace Electronics in 2019. It is being reprinted due to reader interest.