The Real Problem With PPP Loans Isn’t Who Receives Them 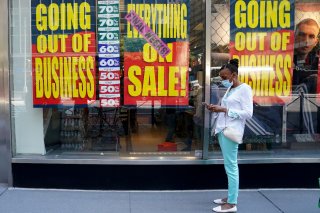 “The Trump administration bailed out prominent anti‐​vaccine groups during a pandemic,” blares a headline in the Washington Post. “Five prominent anti‐​vaccine organizations that have been known to spread misleading information about the coronavirus received more than $850,000 in loans from the federal Paycheck Protection Program, raising questions about why the government is giving money to groups actively opposing its agenda and seeking to undermine public health during a critical period,” the story begins.

This attempt to stir outrage is misguided. The PPP program was sold as a viewpoint‐​neutral emergency measure to bolster private sector payrolls following the pandemic and its stay‐​home orders. By its nature, a viewpoint‐​neutral program will aid those with wrong beliefs. (I agree with the Post reporting team in rejecting the anti‐​vaccine views preached by such as Robert F. Kennedy, Jr., founder of one of the groups at issue.) The First Amendment even requires government to observe viewpoint neutrality in many programs.

There are plenty of good reasons to criticize the PPP program — see here, here, and here, for example. (Not to mention here, relatedly, on CARES Act loans.) The emergency assistance to job markets might have been delayed — though delay is not really the biggest issue here — had lenders been required to screen recipients more thoroughly for wrong thinking.

The next shock‐​horror in the Post might be: “Government shoveled hundreds of millions to profoundly misguided groups and people through flood insurance, Social Security, disaster relief, unemployment compensation, energy credits, and the putting out of building fires.” Please, folks — in an open and liberal society we don’t *want* the state to apply ideological tests to every program!