The Real Story of Why China Wants Aircraft Carriers 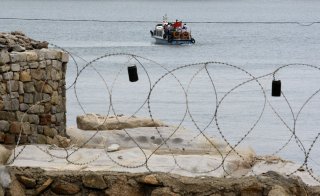 Here's What You Need To Remember: Was sailing U.S. warships into the Taiwan Strait a good idea? It gave a boost to pro-democracy elements in Taiwan, but it was also a massive insult to China, which promptly began to upscale its own navy to meet the perceived American threat.