The Real Top Gun: How the U.S. Air Force Got Schooled in Vietnam 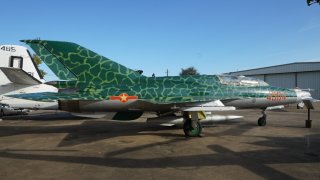 Here's What You Need to Remember: It was far from one-sided. The Vietnamese received extensive technical assistance, training and replacement aircraft from Russia and China. They also drew upon decades of experience fighting materially stronger opponents.