Reason for Thanks: A Military and CIA Veteran Counts his Blessings 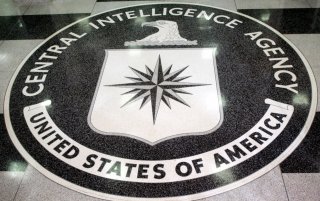 “Thank you for your service” is a refrain that all service members have become accustomed to hearing over the course of the last decade or more. Every time I hear that particular statement directed at me, while I undoubtedly feel grateful for the sentiment and genuinely appreciative of the thought behind it, my inner monologue kicks in with all of the things that my service did for me, and for which I should be the one who is thankful. It’s as if my brain starts its retort as it immediately tries to convince me that I should be the one who’s thankful for my service, and not the other way around.

With that thought in mind, and giving into my persistent and untiring inner voices, I am taking the occasion of this coming Thanksgiving holiday to offer my response to being thanked for my service.

These are the things for which I am thankful, that have come as a result of my military service, my time at the CIA, and my current career in a municipal fire department. Consider this my, “thank you for the opportunity of my service,” if you will.

Naval ROTC midshipmen candidates arrive at Midway Ceremonial Drill Hall at Recruit Training Command (RTC) for their graduation ceremony marking the completion of the Naval ROTC New Student Indoctrination Cycle 2. The young men and women from across the country are entering their freshman year of the Naval ROTC program at universities nationwide this fall. (U.S. Navy photo by Scott Thornbloom)

My very first experience with the U.S. military and the U.S. Navy was not the SEAL Teams, or even BUD/S training. It was a Navy Reserve Officer Training Corps (ROTC) scholarship to attend college on the Navy’s dime. This was a huge deal for me, as my university was way too expensive for my parents to afford, and the thought of accumulating mountains of student debt was understandably not an appealing one.

I also knew that I both wanted to go to college and be a Navy SEAL, and the ROTC scholarship offered me the perfect route to pursue both. The scholarship paid for tuition and books, and also offered me a pipeline into BUD/S. For that, I am forever grateful.

2. The experience of BUD/S training

You heard me right. I want to give thanks… for THIS (U.S. Navy Photo by Mass Communication Specialist 1st Class Anthony Walker)

I know I’ve written many articles about the pure hell of BUD/S training: the surf torture, the constant cold, the week of little-to-no sleep, the sand penetrating into every crevice, the existential dread of failure, and all the rest. However, it is worth noting that I am thankful that I had the opportunity to undergo that life-changing experience.

Not everyone who applies to BUD/S is accepted to go, and injuries and illnesses end many students’ experiences prematurely. I am not saying that I ever want to go through it again, but I am definitely thankful that I had the chance to challenge myself mentally and physically, and to take the lessons I learned for use over the course of the rest of my life.

3. The trust put in me as a CIA officer

Just as I was lucky enough to be one of the few each year selected to go to BUD/S training, I was also afforded the opportunity to join the ranks of the CIA’s Directorate of Operations (the clandestine service) after my time in the Navy.

The U.S. government decided that I was worth entrusting with some of its most secretive, significant, and challenging work. They selected me as one of a relative few deemed worthy of safeguarding and advancing U.S. national interests around the world. I do not take that privilege for granted. Working for the CIA opened my eyes, and I was able to do and see things that most never will. I am grateful for that, and miss the people and the work almost daily.

4. The chance to use my degree at the CIA

In addition to placing that trust in me, I was also given the opportunity at the CIA to put my intellectual passion to work in the real world.

I had always been fascinated by international affairs, earned my undergraduate degree in the field, and at the Agency, I was able to put that passion into the practice of national security. It was truly fulfilling and I enjoyed every second of it.

Seriously, these things are expensive. The GI Bill helping pay for them is reason for thanks alone.

Before I left the CIA and joined the fire service, I took a leave of absence to pursue my master’s degree. Not only had the U.S. military paid for my undergraduate degree through an ROTC scholarship, but after 9/11/2001, the GI Bill was expanded to allow those who had served in the Global War on Terror to use those benefits to pursue undergraduate and graduate degrees (as well as vocational training).

Once again, I was given an opportunity that resulted from my time in the military, and that generosity is not lost on me. I successfully earned my master’s degree right before I joined the fire service.

6. The opportunity to serve my local community

After I left the CIA, I began a new journey as a career municipal firefighter, directly serving my local community. I had served the national interest for over a decade in the military and at the CIA. By that point in my life, while searching for a new career in the Midwest, I thought that it was time to work at the local level, as close as possible to my neighbors, friends, and family.

The fire service has given me the chance to help those same people in immediate and tangible ways, on a daily basis. It is an honor to be able to do so, and some of the most fulfilling work I have ever had the chance to perform has come courtesy of my local fire department.

In addition to the veteran family that I acquired through my time in the military, and the smaller community of former CIA employees with whom I still stay in touch, I also joined a new family when I started in the fire service.

I spend 33 percent of my life with this family, as we work 24-hour shifts together, every third day. We eat, sleep, work, joke, argue, complain, and do pretty much everything else together throughout that day-long period. We are as much a family as it’s possible to be without being blood-related. I am even lucky enough to have a blended veteran-fire family, as a healthy number of vets have joined the fire service in my town. It has been a real joy to experience life with these brothers and sisters, and is just one more gift for which I am thankful this holiday.