Reboot for Balance: How to Save the Royal Navy 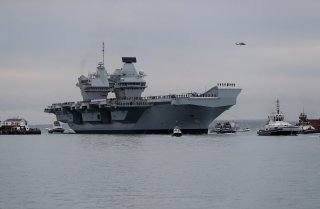 Here's What You Need to Know: Direct or indirect, British help with managing high-seas affairs would prove invaluable to the common cause. True to the fleet-unit approach, the Royal Navy should shape naval forces that are as interoperable with their U.S. Navy counterparts as possible.