From Red Square to the Red Plant: Russia Wants to Put Tanks on Mars 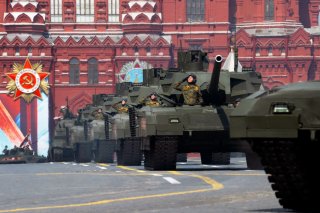 Here's What You Need to Remember: If any nation knows about operating tanks in freezing weather, it’s Russia.