The Rent Stimulus Check: How California Is Helping People Pay for Housing 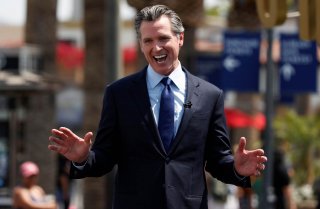 Here's What You Need to Remember: The extra aid for unpaid rents comes as Newsom unexpectedly uncovered a budget surplus in the state after anticipating massive shortfalls. The governor is not only able to cover 100 percent of past-due rents with the state's budget, but also Newsom is sending nearly $12 billion back to taxpaying Californians based on certain income levels.

California will pay off all the accumulated past-due rent that has stockpiled due to the economic crisis triggered by the coronavirus pandemic, according to Gov. Gavin Newsom (D).

The move would uphold a promise made to landlords to help them financially recover, while also giving renters a clean slate, the Associated Press reported.

The state has $5.2 billion from pandemic-related legislation that is in final negotiations at the State Legislature, a figure that should be enough to help 100 percent of unpaid rent that has piled up from lower-income Californians. The state is also reportedly introducing legislation that would allocate $2 billion to pay for past-due water and electricity bills.

“Nationwide this is certainly the largest rent relief there’s ever been,” Russ Heimerich, a spokesman for the California Business, Consumer Services and Housing Agency, told the New York Times. “The big question is can we spend it all.”

But California has been slow to distribute the money, as the state has only sent out roughly 6.5 percent of the rental assistance that it has received from the federal government so far.

“It’s challenging to set up a new, big program overnight,” David Chiu (D), an assemblyman from San Francisco and chair of the Assembly Housing and Community Development Committee, told the Associated Press. “It has been challenging to educate millions of struggling tenants and landlords on what the law is.”

State officials still haven’t decided whether California will ban evictions for past-due rent beyond June 30. After that, pandemic-era legislation ceases to protect renters from being removed from their homes during the economic downturn.

Newsom and state lawmakers are expected to meet privately to discuss the eviction moratorium, though it’s likely that the issue will face an uphill battle, as landlords and tenants' rights groups will push for a longer extension period. If the eviction moratorium is expanded, then it’s likely that the state will be able to pump out most of the relief for unpaid rents, according to the Associated Press.

Some housing advocates have argued that the ban on evictions should remain intact until the unemployment rate among lower-wage workers has returned to pre-pandemic levels.

The extra aid for unpaid rents comes as Newsom unexpectedly uncovered a budget surplus in the state after anticipating massive shortfalls. The governor is not only able to cover 100 percent of past-due rents with the state's budget, but also Newsom is sending nearly $12 billion back to taxpaying Californians based on certain income levels. The measure sent qualifying residents $600 stimulus payments, even after they received three rounds of federal-level direct relief.