To Replace the F-22 Raptor, the Air Force Should Look to the F-23 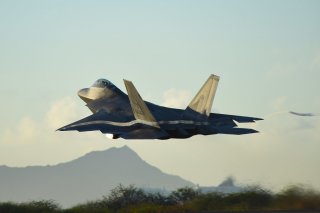 Here's What You Need to Know: If the Air Force applied the lessons it learned from the YF-22 and YF-23 to a new fighter concept, it would meticulously study the problem before loosely defining it for industry to solve. And the service would avoid micromanaging the developers’ efforts. Finally, the service would assess the results on their own merits rather than comparing dissimilar solutions.