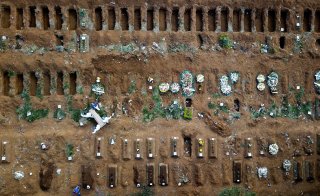 If cities across the U.S. had moved just one week faster to shut down restaurants and businesses and order residents to stay home, they could have avoided over 35,000 coronavirus deaths by early May, new research suggests. If they had moved two weeks earlier, more than 50,000 people who died from the pandemic might still be alive.

Those U.S. estimates, from a modeling study released May 20 by researchers at Columbia University, came to similar conclusions that I and my colleagues from the University of Southern California found in assessing policies and death rates around the globe in response to the coronavirus pandemic.

Our latest research looked at 60 countries worldwide over the first 100 days of the pandemic and found several recurring themes.

Overall, countries that acted quickly and implemented stringent measures that kept most residents at home as the pandemic started to spread were able to reduce their daily COVID-19 death rate faster than countries with looser restrictions. Countries that had aggressive policy interventions in place before their first coronavirus death, such as Denmark and South Korea, tended to have fewer deaths.

We also found that countries with large vulnerable populations benefited more from fast, strict policy implementation than others. For example:

In general, countries with stricter rules saw their death numbers peak after about 40 days, compared to 50 days for countries that also acted quickly but had looser restrictions.

These findings, published May 18 as a National Bureau of Economy Research working paper, might help explain the lower mortality rates in South Korea and Germany. Both countries invoked stringent policies early on and invested in upgrading their medical capabilities.

On the other hand, Italy’s high mortality reflects the absence of stringent policies in place prior to COVID-19’s explosive mortality wave there, along with the large share of seniors living in congested regions and extended family households. Germany’s percentage of residents over age 65 is only slightly lower than Italy’s, yet it had far fewer deaths per capita.

The much lower death rate in Denmark also reflects the stricter policies enacted there, as opposed to more relaxed policies in Sweden.

The key to ensuring social and economic stability during the COVID-19 pandemic is to remobilize workers, without risking a flood of new cases and strain on the medical system. In many cases, governments must balance the lives of their citizens against their livelihoods.

A country’s relative performance in the first phase of the pandemic does not guarantee its future performance, however, particularly in the case of a second wave of new cases.

Countries still need more and better-quality data to sharpen their understating of the pandemic’s dynamics and the role public policies play. The Columbia modeling study provides insight into how faster action could have saved lives in the U.S.; however, like our and many other studies explaining COVID-19, its findings were released before the usual peer review process.

Understanding the factors that might explain COVID-19 mortality rates is essential for allowing a gradual resumption of economic activities with greater safety. The sooner we can explain the patterns of the pandemic, the earlier the opening of schools, universities and key services.