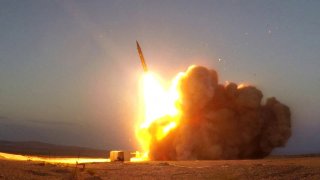 Here's What You Need to Remember: Iran has a history of unveiling wonder weapons that aren’t so wonderful, such as “advanced” jet fighters that are actually copies of 1970s U.S. aircraft. While Iran can build missiles, their newest models seem more bravado than fact.

Michael Peck is a contributing writer for the National Interest. He can be found on Twitter and Facebook. This first appeared two years ago.