This Revolver-Looking Rifle Can Shoot 21 Kinds of Ammo 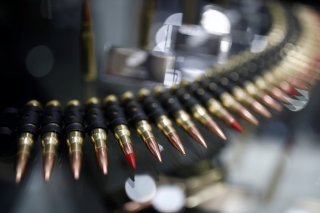 Here's What You Need to Remember: On top of firing 21 calibers with one weapon system, Scavenger 6 can mount a scope, a foregrip, and has a folding buttstock. Ralston also has plans to add a mount for a strobe light and a laser on the foregrip.