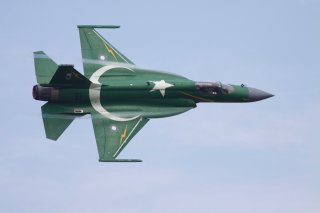 Here's What You Need to Know: The JF-17 is a relatively new single-engine fighter, meant to compete against other light fighters like the F-16, Gripen, and MiG-29 for export contracts.