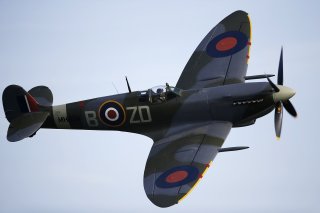 Here's What You Need to Remember: Britain's Directorate of Technical Development considered Poland's PZL P.24 monoplane to replace the Hawker Fury before deciding to stay with the indigenous Spitfire.

“Practically everybody who has flown a Spitfire thinks it is the most marvelous aircraft ever built, and I am no exception to that rule,” Pilot Officer David Crook wrote in his wartime memoir Spitfire Pilot.