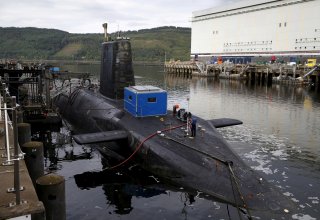 Here's What You Need To Remember: The British military gets an exemption when it comes to nuclear waste. “Within the civil nuclear sector, organizations must consider nuclear waste disposal during the design stage of power stations and nuclear infrastructure. The Department does not have a similar obligation.”

“Because of this, the Department [Ministry of Defense] now stores twice as many submarines as it operates, with seven of them having been in storage for longer than they were in service,” the audit states.