The Royal Navy's Lion Class Battleships Would Have Been Killers 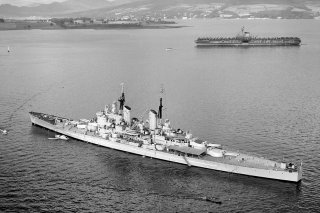 Here's What You Need To Remember: Even after the completion of Anson and Howe, the demands of other ships (including aircraft carriers) took priority over the Lions. Work continued only on HMS Vanguard, which became the final British battleship completed.