RPGs and More: Russia’s Antitank Weapons are Deadlier than Ever 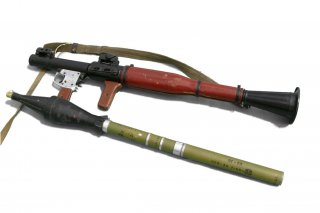 Here's What You Need to Remember: Soviet experiences in World War II made effective antitank weapons an imperative at all levels, all the way down to the infantry squad. While many of the Soviet Union’s and later Russia’s weapons were a generation behind their Western counterparts, that was certainly not the case in handheld antitank weapons.

Kyle Mizokami is a defense and national-security writer based in San Francisco who has appeared in the Diplomat, Foreign Policy, War is Boring and the Daily Beast. In 2009 he cofounded the defense and security blog Japan Security Watch. You can follow him on Twitter: @KyleMizokami. This article originally appeared in June 2017.