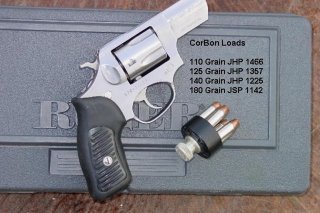 Key Point: The SP101 has a niche—not the best service weapon or concealed carry choice, but good for home defense, camping, and hunting.

In 1988 Sturm Ruger firearms introduced what would become one of their most popular revolvers of all time: the SP101 compact revolver. The SP101 was a lightweight, small frame revolver that built upon the company’s reputation for robust, reliable firearms. Since its introduction, the SP101 has branched into a wide range of calibers, both rimfire and centerfire, capable a broad spectrum of roles.

The Sturm Ruger Company was founded in 1949 by William Ruger and Alexander McCormick Sturm. The company’s first firearm, the Ruger Standard Pistol, was a .22LR handgun that leaned itself to everything from camping to competition shooting. The Standard Pistol helped cement the company’s reputation as a maker of quality handguns and was followed in the early 1960s by the Ruger Security Six. The Security Six was a stout revolver that was a natural fit for law enforcement and was widely adopted by law enforcement agencies both in the United States and abroad.

By the 1980s the need for a replacement for the Security Six was apparent. The revolver was sold in .38 Smith & Wesson, .357 Magnum, and nine-millimeter calibers. Revolvers chambered in .357 Magnum were wearing out in the hands of owners faster than anticipated—Ruger had believed users would shoot a mix of cheaper, lighter recoil .38 Special ammunition and more expensive, heavier recoil .357 Magnum ammunition. In reality, users shot .357 loads far more than the company had predicted.

Ruger responded by building a pair of firearms stronger than ever before, to withstand the rigors of prolonged .357 shooting. The Ruger GP100 was a six-shot, medium framed revolver. The Ruger SP101, on the other hand, was a smaller, five shot small framed revolver with a short barrel. Early versions shipped with a 2.25-inch barrel and were rubber grips.

The SP101 was designed with concealed carry in mind. A double action handgun, the SP101 shipped with or without a hammer—the latter option being easier to draw from behind clothing without catching on something. Like all revolvers, it was naturally slim—with the exception of its cylinder, and a five round cylinder had a smaller diameter than a six-round diameter. The Ruger LCR, introduced in the 2000s as a dedicated, purpose-built concealed carry revolver largely took over the concealed carry role from the SP101, although a hammerless .357 Magnum version with a 2.25-inch barrel and low profile fixed sights is still available.

Over the years the SP101 has flourished into supporting a half dozen calibers. Unique to the SP101 it can handle a wide variety of handgun calibers, including rimfire and magnum rounds. In addition to the original .38 Special/.357 Magnum model the SP101 is also available in .22LR, .38 Special +P, .327 Federal Magnum, and 9 Millimeter Parabellum. A gun user could train on the .22LR version and then transition to the .357 Magnum version once the fundamentals are mastered. Barrel lengths include 2.25 inches, 3 inches and 4.2 inches.

The most typical SP101, model number 5719, is a .357 Magnum revolver with a five round cylinder. It ships with a three-inch barrel, a compromise between a standard 4-inch barrel and a compact carry 2-inch barrel, fixed sights, and rubber grips. With the exception of the grips, it is entirely made of stainless steel with a satin exterior finish. It has an overall length of eight inches and has an empty weight of twenty-seven ounces.

The SP101 occupies a curious place in Ruger’s lineup. It is not a service weapon, lacking the beefiness and extra round necessary for law enforcement work, but the service world is now dominated by semi-automatic handguns. Nor is it a concealed carry gun, particularly with the introduction of the Ruger’s LCR. Still, there are plenty of situations that could call for a compact revolver, not too big and not too small, with plenty of power. The SP101’s feature set makes it a good home defense handgun, camping gun, or backup hunting gun. After thirty years the SP101 has an established niche in the gun world. It won’t be bettered any time soon.