Rules of the Road: How to Get the Most from Social Security Benefits 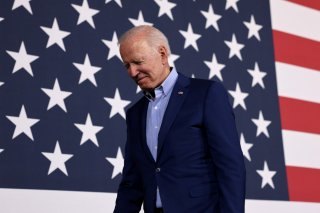 Here's What You Need to Remember: Another popular piece of advice in the past was to move to one of the states that does not tax Social Security benefits. The states that tax Social Security benefits include Colorado, Connecticut, Kansas, Minnesota, Missouri, Montana, Nebraska, New Mexico, North Dakota, Rhode Island, Utah, Vermont and West Virginia, although West Virginia will stop taxing benefits starting in 2022.

Millions of Americans collect Social Security, and as their years of collecting the federal benefit near, many adopt specific strategies when it comes to collecting their benefits, including when to start collecting, and for married couples to stagger their benefits in order to ensure maximum benefit collection.

However, there are some strategies when it comes to Social Security that future beneficiaries shouldn’t take, especially some that have become outdated over time.

According to The Motley Fool, that includes filing early. That may have been good Social Security advice at one point, but not anymore, the financial news site says.

“For one thing, getting your money sooner might enable you to invest and generate enough wealth to compensate for a lower benefit. But also, if you don't expect to live a very long life -- or don't want to take the risk that you won't -- filing early might give you a higher lifetime Social Security benefit, even if those payments are reduced on a monthly basis,” the site advised.

Another no-no, according to the site, is continuing to work for longer than planned, in order to grow benefits.

“If you're unhappy with your job and don't want to delay your retirement, you shouldn't feel compelled to do so. In fact, instead of forcing yourself to keep plugging away at a job you hate, consider using your benefits as an escape route,” the site said. “File for Social Security, retire early, and then take the opportunity to start a new business of your own -- something that excites you and has the potential to generate a lot more income than a boosted monthly benefit.”

Another popular piece of advice in the past was to move to one of the states that does not tax Social Security benefits. The states that tax Social Security benefits include Colorado, Connecticut, Kansas, Minnesota, Missouri, Montana, Nebraska, New Mexico, North Dakota, Rhode Island, Utah, Vermont and West Virginia, although West Virginia will stop taxing benefits starting in 2022, while many of those states offer tax exemptions for beneficiaries below certain income levels.

However, there is no way to avoid federal taxes, unless you’re below a certain income threshold.

“You'll frequently hear that avoiding these states in retirement is a good way to keep more of your benefits to yourself,” Motley Fool said. “That may be true, but one thing you shouldn't forget is that, regardless of where you live as a senior, you might pay federal taxes on your Social Security benefits once your income exceeds a certain level ($25,000 for single tax filers and $32,000 for married filers).”

Motley Fool also asks that beneficiaries be careful where they get advice.

“There's nothing wrong with turning to the internet for Social Security advice. But be careful. The last thing you want to do is follow some outdated tips and wind up making decisions you'll end up regretting.”