Russia’s Air Power Is Second Only to America’s 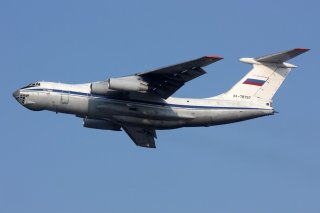 Here’s What You Need to Remember: For a truly rapid-deployment role, pure “paradrop” units exist in the VDV. These units are designed to deploy an independent, lightweight mechanized infantry fighting force straight from the aircraft. The Il-76 is designed to fit three BMD airborne infantry fighting vehicles in the rear, enough to equip a single platoon of VDV.