Is Russia’s Army Infantry a Match for NATO Forces? 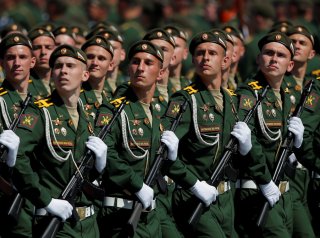 Here's What You Need To Remember: In a matchup between American and Russian infantry forces American forces have a decisive advantage in firepower. Let’s hope the two sides never do meet.

This article first appeared in December 2017 and is being reprinted due to reader interest.