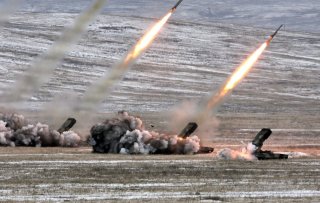 Here's What You Need to Remember: A $3 billion arms deal with the Saudi regime included “TOS-1A systems” along with S-400 anti-aircraft missiles, AGS-30 grenade launchers, Korney-EM anti-tank missiles and AK-130s, an export version of the AK-47 rifle. This comes as Saudi Arabia, which is heavily dependent on the United States and Western Europe, seeks a wider array of sources for weapons.

A full salvo will devastate an area of 200 x 400 meters, killing by overpressure, burns, and suffocation.